In the first decade of the 20th century the spreading of the smoking habit in the public permitted jewellers to manufacture precious smoking accessories. The consequent acceptance of smoking in public for women that followed allowed the jewellers to extend the style of manufacture of these smoking accessories to suit feminine tastes. From masculine guilloché enamel colours or restrained decoration jewellers added other enamel colours and neo-classical motifs fashionable at the time. The silver or gold case was guilloché with a pattern, then a pâte de verre containing various oxides was applied on it and the piece was then placed in an oven and ‘cooked’ at up to 800°C. Different oxides give different colours. There sultant effect as light illuminates the enamel surface is one of shimmering silk. 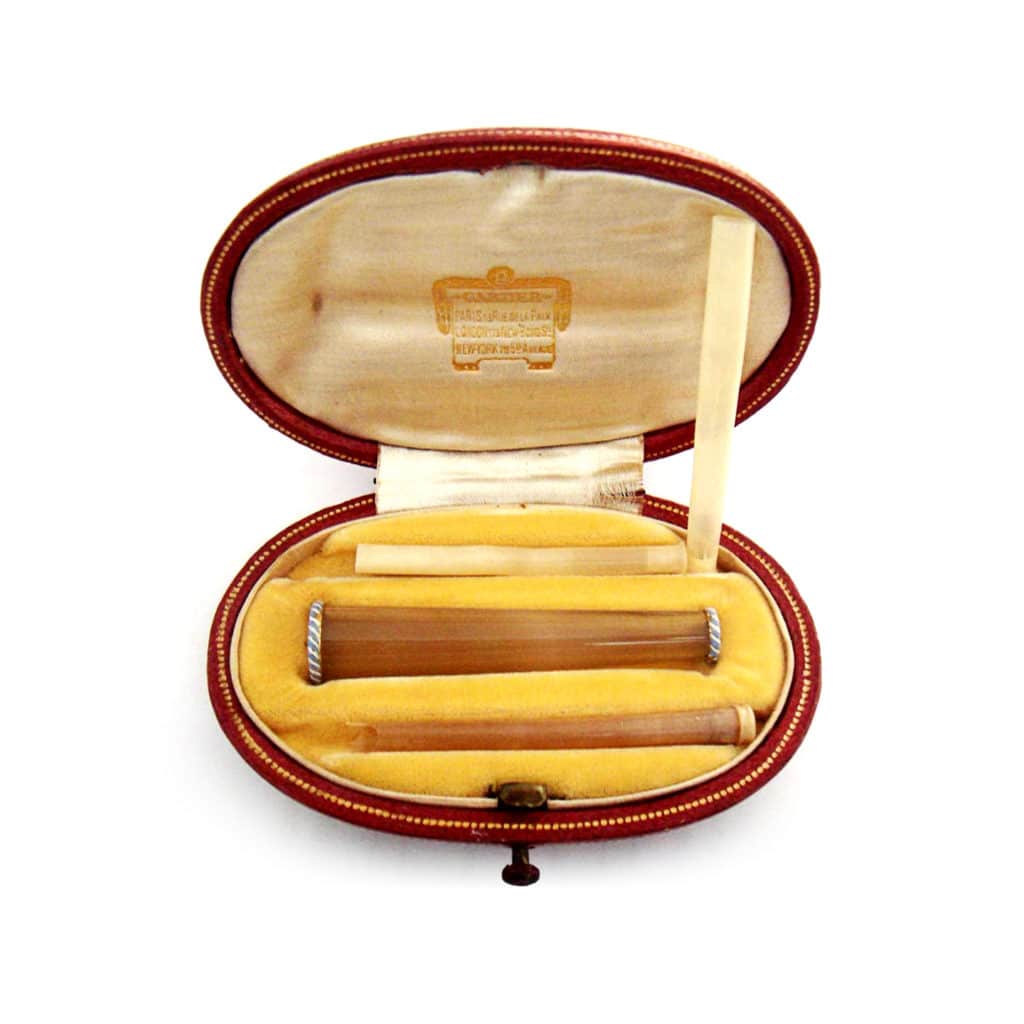 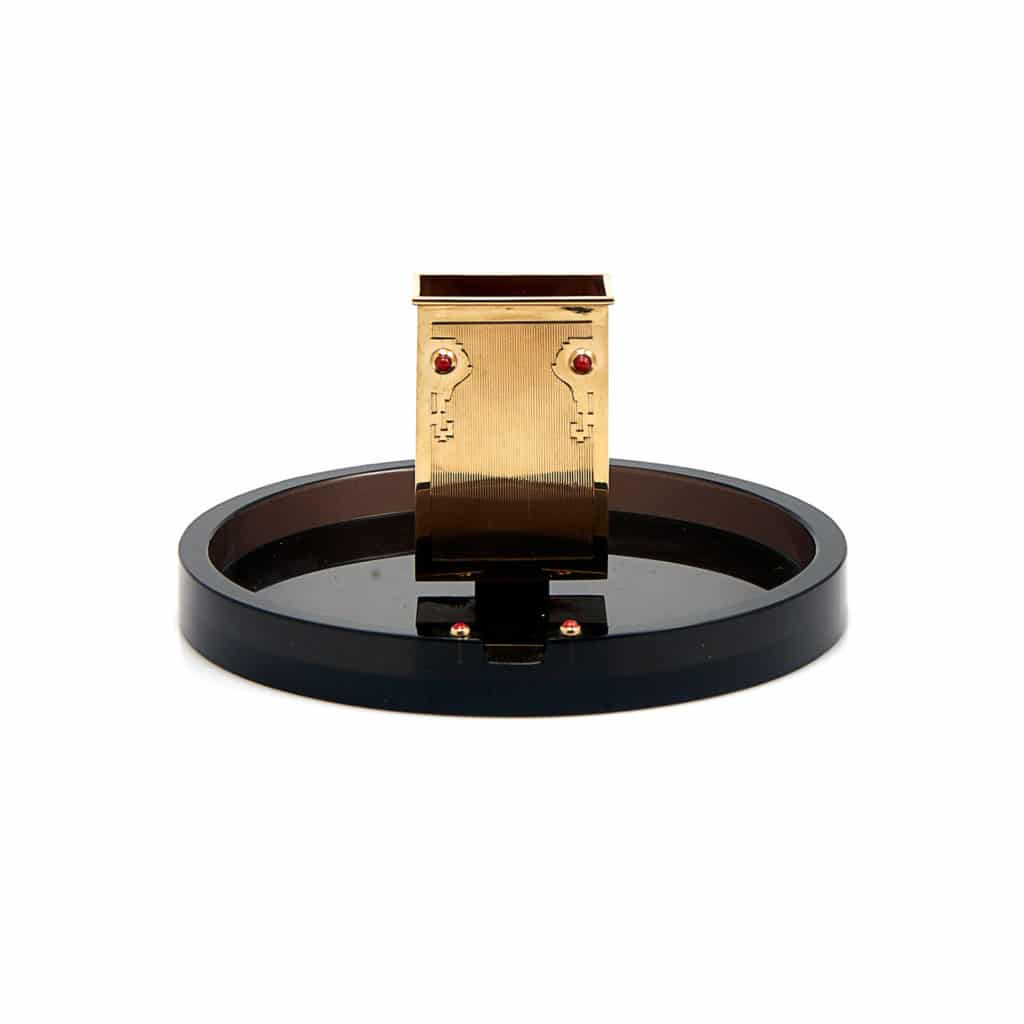 Among the first models of cigarette cases some had compartments on the side called vesta compartments with a scratching surface so as to store the matches.

Cigarette holders came in a standard size, but some were made in a half-size which were held by the lips with a replaceable goose quill. Some very long models, as well as the standard size, could be made of a single piece of hard stone or of a lighter material like bake lite, tortoise-shell, horn, meerschaum or even albatross quill with the precious cigarette holder at the end.

Early lighters or ‘pyrogènes’ used a flint to create a spark which lit a cloth soaked in petrol contained in the metal container. In the 1920s lighters were invented in which a flame is created by spinning a wheel protected by a hinged cover. Jewellers such as Cartier followed the innovations in industry and decorated the latest models of lighters.

Ashtrays, like ‘vide poches’, could be made of gold or silver, or carved out of a single hard stone. At times a matchbox could be added in the center.
Table sets on trays, mostly in silver, combined many functions like ashtray,
matchbox, lighter, and the cigarette container. After World War II, porcelain from Sèvres was used on some of these silver mounted sets.

These cigarette cases and table boxes can be carved out of a single piece of hard stone – onyx, agate, jade, nephrite, lapis, rose quartz, rock crystal, aventurine etc – or plaques of these hard stones can be mounted ‘a cage’ (within a gold or silver structure). The feet can be made of ebonite, a vulcanised rubber, used as an insulator in the electrical industry. The hinges are set with precious and semiprecious stones.

The ‘Moderne Style’ of the 1930s used lacquer and mirrored glass decoration.
Towards 1935 when gold came back in favour and until the 1960s, the silver or the gold surface was worked with a design pattern often reminiscent of past guillochés, with ‘pointe de diamant’ (pyramidal cabochons) design, with ‘godrons’ (slightly bombé lines) or even with a wicker basket design. There was very little use of other decoration. There was some creativity in some large silver table cigarette boxes with the handle or the opening mechanism, some of these boxes had hard stones push pieces.

If you are looking for collector’s items, in the Alain Cartier online catalog, you will also find ladies accessories and personal accessories. If you have any enquiries, please feel free to contact me.