Alain Cartier is an antique dealer specialised in ladies’ accessories such as ‘nécessaire’ or ‘vanity’ cases, which correspond to a style from a historical period in the decorative arts of the 20th century.

Jewellers started to adapt the inside of gold and silver boxes – called ‘nécessaire’ or ‘vanity’ cases – with a mirror, covered compartments in the center section and at the ends, so that women could fill the compartments with make-up powder and with a lipstick tube and a rouge holder, a lipstick tube with a stick of lipstick, and at times a rouge holder with a stick of rouge. Some models even contained a tiny comb or a perfume bottle. Cylindrical models backed the mirror with an ivory plaquette and a gold pencil so that notes could be taken, and for the more elaborate models a cigarette holder, a bar to retain the cigarettes and a compartment with striker surface for matches could be adapted. One Cartier model had a special coin retainer placed in one compartment. 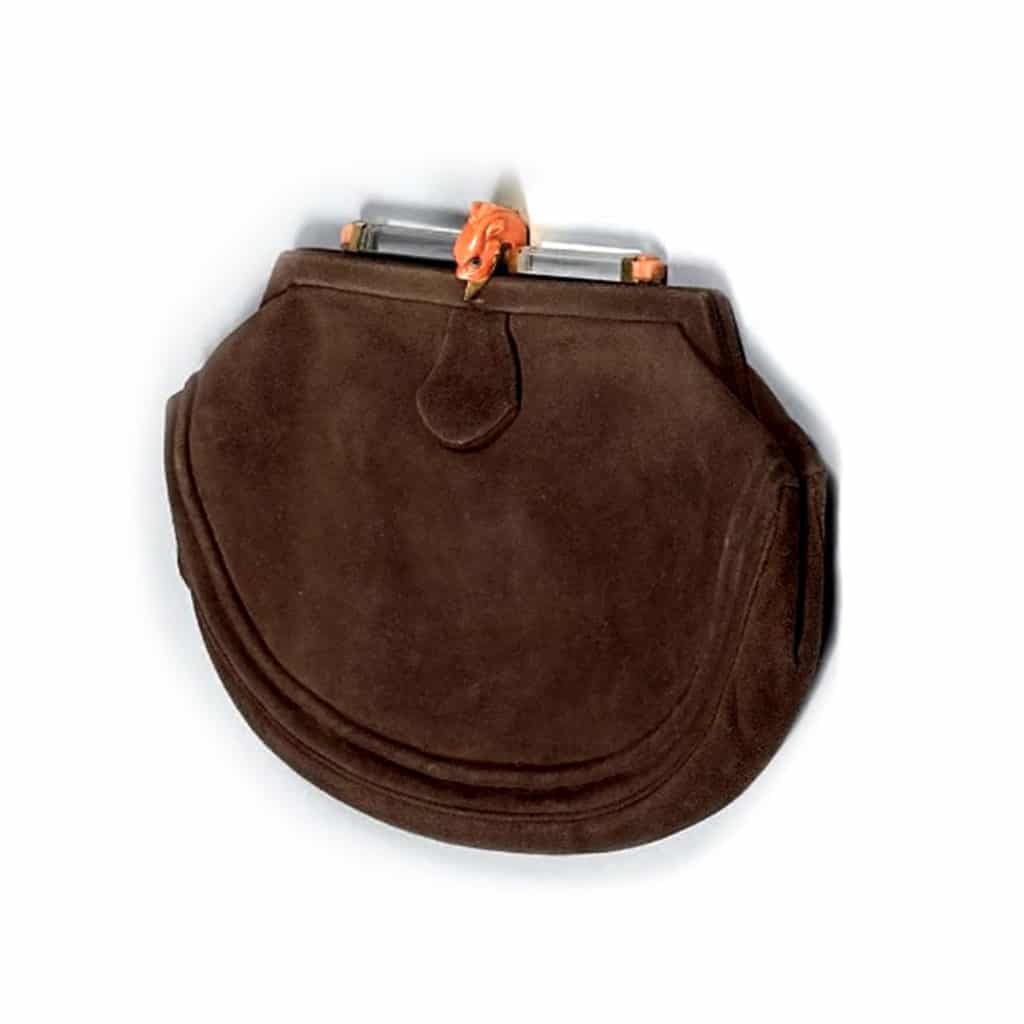 The first two decades of the 20th century – the Edwardian or Belle Epoque – were dominated by the use of guilloché patterns on the silver or gold surface upon which transparent colored enamel was applied. This was also true for items made in the neo-Louis XVI or neo-classical style of the first decade. The second decade saw the addition of opaque enamel applied all over the case, of straight thin parallel ‘mille raies’ lines, or of slightly wider ‘Pékin‘ lines inspired from the surface effect of wall textiles.

The Art Deco of the 1920s was richer in decoration. The enamel was applied in repeated geometric patterns called ‘jeux de fond’ some of which were inspired from the orient or from applied arts in the west. Some designs filled with champlevé enamel transposed an oriental scenery. Some models were applied with a an antique piece from a faraway culture – Egyptian talisman, 19th century Chinese mother of pearl laque burgauté or carved jade scenes, Chinese porcelain, Persian talisman turquoise, Indian multi-colored enamel plaques, carved medieval bone or Chinese ivory plaques.
Artists like Vladimir Makovsky constructed oriental sceneries with multi-colored hardstones applied onto an ivory, mother-of-pearl or tortoiseshell ground which were then placed by the jewellers onto vanity cases and powder boxes.

The Art Deco period saw the use of hardstones – rock crystal, rose quartz, aventurine, lapis lazuli, agate, onyx, jade, nephrite, coral, mother of pearl, amber, tortoiseshell, ivory – , either carved out of a single piece or cut into plaques mounted ‘à cage’, thus exhibiting a festival of colors underlined by enamel and the use of small precious stones, some were even carved in India – sapphires, emeralds, rubies, diamonds and pearls.

In addition to Cartier and the workshops which supplied it according to Cartier’s drawings, many specialist workshops such as Verger Frères and Strauss, Allard et Meyer supplied retailers like Van Cleef and Arpels, Boucheron, Mauboussin, Lacloche, Janesich, Ostertag, Linzeler et Marchak in Paris, and in the USA – Charlton, Black Starr and Frost, Tiffany, Brock, Blum’s Vogue…

The ‘Moderne Style’ of the 1930s, especially at Cartier, used lacquer and mirrored glass decoration with coral or lapis accents. Larger nécessaires, lacquered for the most part, could be placed on a table as well as taken on an evening out. They contained more and larger compartments, a long comb, some compartments could contain a clip to hold bills or a lighter.

Towards 1935 when gold came back in favour and until the 1960s, the silver or the gold surface of the case or of the mount for the other objects was worked with a design pattern often reminiscent of past guillochés, with ‘pointe de diamant’ (pyramidal cabochons) design, with ‘godrons’ (slightly bombé parallel lines) or even with a wicker basket design. There was very little utilisation of other decoration.